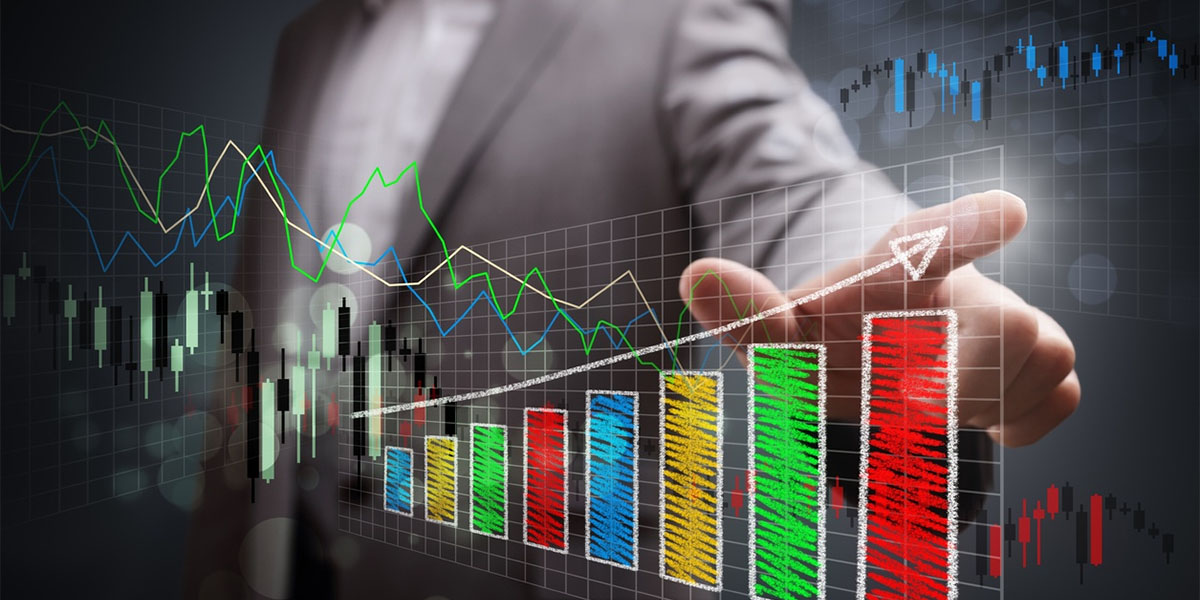 Why are the real interest rates in the U.S rising?

Are current spikes in real rates for the same reasons as 2008?

During periods of economic downturns as well as crisis, like the one in 2008 and the current COVID-19, interest rates tend to go down in line with the contraction in the economy. Lowering of interest rates is the result of the Federal Reserve adjusting the Federal funds rate downwards (Fed funds rate is an interbank rate; the rate at which banks borrow money from one another on an overnight basis).

Therefore, as expected, policy makers have cut interest rates to support the economy by undertaking monetary easing through:

Despite such policies, the real interest rates (as tracked by US TIPS) shot up briefly during 2008 crisis. We saw a similar phenomenon during the initial stages of the corona crisis.

The article aims to explain why such a thing would take place and what it says about the current economic sitation.

US TIPS Based Real Rates

Source: US Department of Treasury

Treasury Inflation-Protected Securities (TIPS) are issued by the U.S. Treasury and designed to appeal to investors who want protection against inflation. Their return consists of two elements: a current rate of interest plus an inflation adjustment based upon the change in the Consumer Price Index and added to principal every six months. The current interest rate is therefore equal to the real rate of interest, the return earned over and above the rate of inflation. Therefore, Real rates = Nominal Interest rates – Inflation rate.

Why did the real rates shoot up during 2008 Crisis? 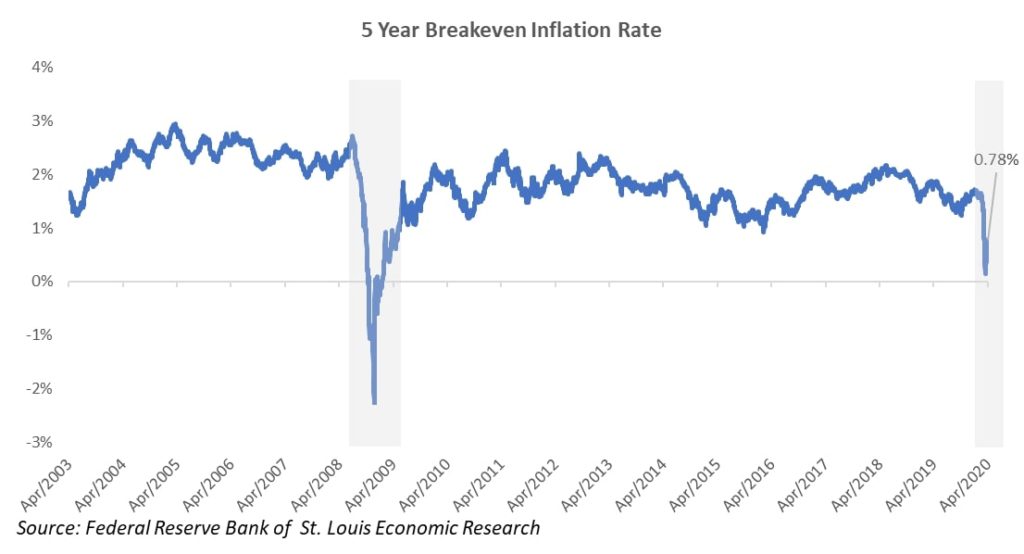 Another motivation for an investor to hold TIPS is to get compensated for the loss in purchasing power. To analyse this, let’s have a look at the 5-year Break even rate. The breakeven inflation rate represents a measure of expected inflation derived from 5-Year Treasury Constant Maturity Securities (BC_5YEAR) and 5-Year Treasury Inflation-Indexed Constant Maturity Securities. The latest value implies what market participants expect average inflation to be in the next 5 years.

Investors would prefer to hold TIPS, if they expect inflation to be greater than the breakeven rate; otherwise, they would prefer nominal bonds. The inflation expectation is currently around 0.78%. If we analyse the recent TIPS behaviour, TIPS yield has increased indicating that TIPS prices have been falling due to selling pressures. An investor would hold TIPS only when he anticipates inflation to be greater than the break-even rate. Therefore, here, investors are expecting lower inflation as compared to the break-even rate. This can be substantiated further with the recent release stating that U.S. unemployment rate could reach 30% in the second quarter, thereby indicating a possible deflationary rather than inflationary trend in the US economy.

What led to a similar spike in real rates this time around? 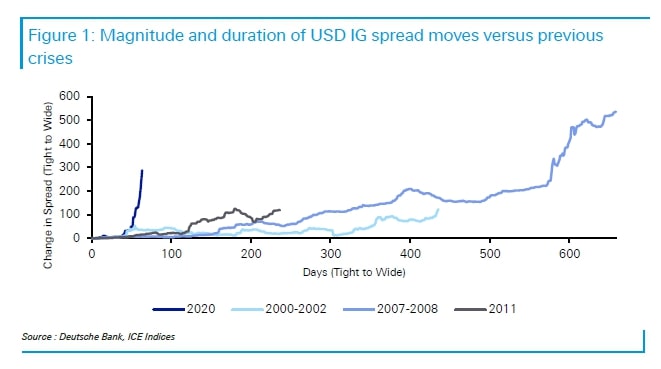 Despite the safety-haven status of US Treasuries, investors are liquidating their positions for cash. In these times of great uncertainties, cash triumphs. And hence the recent sell-off in treasuries as they are relatively easier to sell.

At the same time the high demand for cash is also due to fund redemption requests. 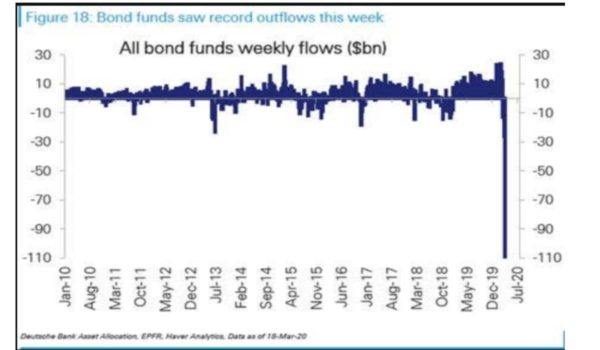 A lot of bond funds (which have become popular in recent times, being a 6th of the ETF universe) have maturity mismatches. These funds hold a portfolio of risky corporate bonds. These bonds are difficult to price and sell during stormy markets. This is another reason why, the managers are compelled to sell the most liquid of assets, being the Treasuries 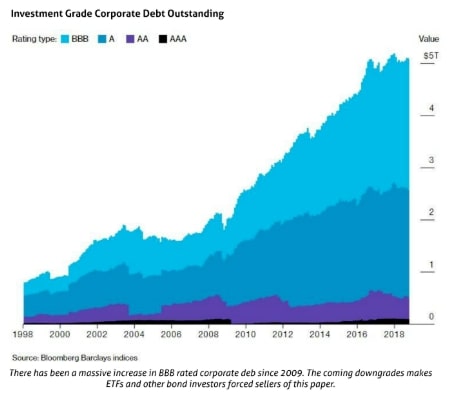 During the 2008 financial crisis, the origin of the crisis was in the financial sector. The excesses in the Mortgage market led to a loss of confidence in the MBS (Mortgage Backed Security) leading to an eventual sell-off which fed through drops in asset prices.

This time around the origin of crisis is from the non-financial sector. However, the uncertainty experienced by businesses and consumers will feed into the financial system. At the same time, one can say that the financial system fell into the trap of ‘too easy for too long’ monetary and fiscal policies, leading to an unprecedented rise in leverage.

The system is fraught with a sense of false liquidity. Even though the ETFs, derivatives and funds can be traded with ease, the underlying bonds and various complex positions are not exactly liquid.

To sum it up, investors are strapped for cash/want to hold cash, thereby driving the sell-off and resultant increase in yield. During such systemic shocks, ‘Cash is King’, and the spikes during both the crises are therefore influenced by this preference towards cash (bonds) being outweighed by low inflation. Even the safest asset classes can go through a period of high volatility and aberrant yield curves during times of economic crisis and investors should bear this in mind while considering ‘safe assets’ in such times.

At AGR, Surashree works as a Senior Analyst and is responsible for project planning, execution, review and client co-ordination.
Surashree has worked on equity research projects (both buy-side and sell-side) covering banking, retail, aviation, logistics sector companies to name a few. She has experience in working on sector reports, equity-strategy reports, macro-economic updates and project feasibility reports. She has also worked on preparing IMs and Teasers for companies based in the GCC, USA and the UK. Surashree is a qualified Chartered Accountant and a CFA Level 3 Candidate. 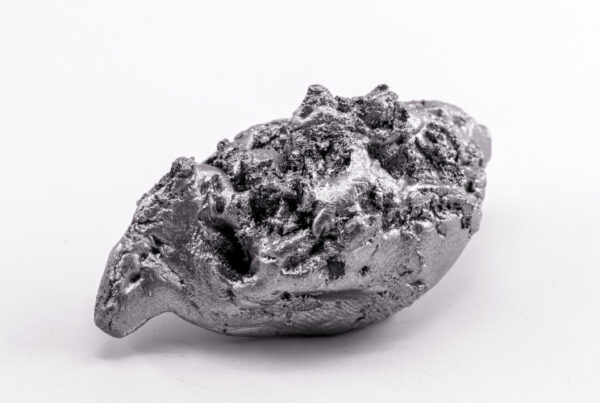 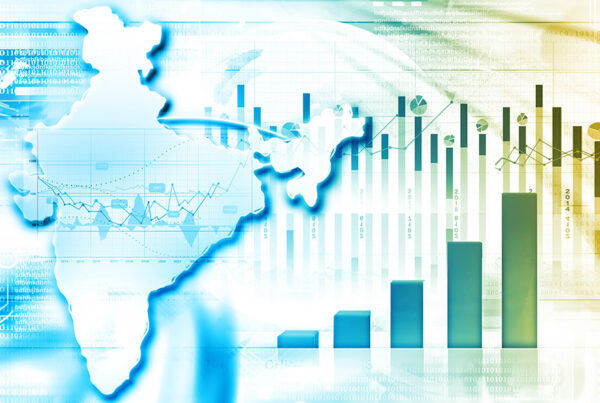 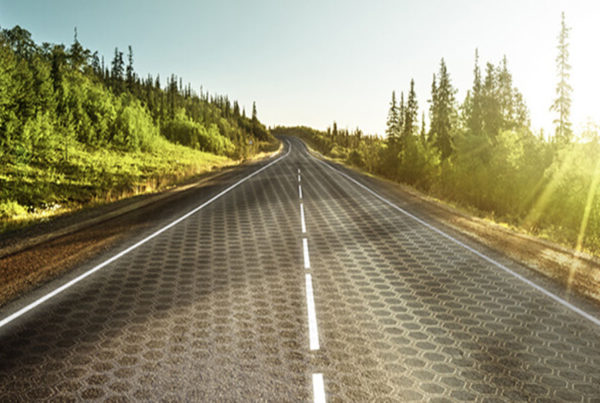